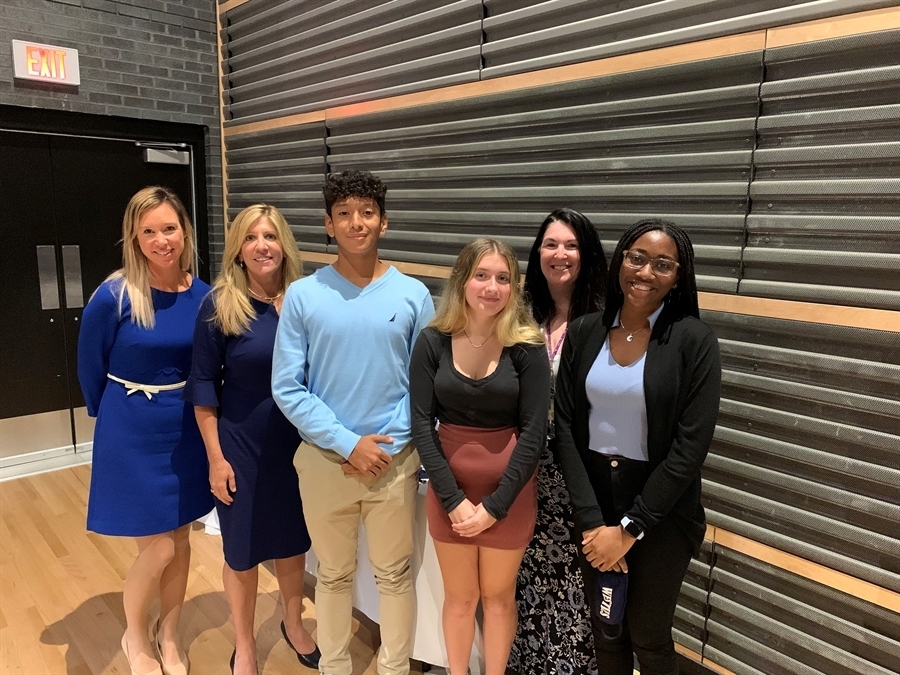 WEST HAVEN, Conn. – West Haven High School received a Governor’s Award and a Commissioner’s Award today, by the State of Connecticut, for its excellence in improving its Free Application for FederalStudent Aid (FAFSA) completion rates through the State’s inaugural FAFSA Challenge. The high school also served as hosts for the media event today, which included Governor Ned Lamont, Commissioner ofEducation for the Connecticut State Department of Education (CSDE) Charlene Russell-Tucker, and Deputy Commissioner of Academics and Innovation for the CSDE Desi Nesmith.

“Our students at West Haven High School are destined for success, but we know things like FAFSA completion can be a barrier to achieving that success,” said WHHS Principal Dana Parades. “My teamand I understand that it is our job as educators to remove those barriers and we were thrilled to participate in a challenge that aimed at doing just that.”