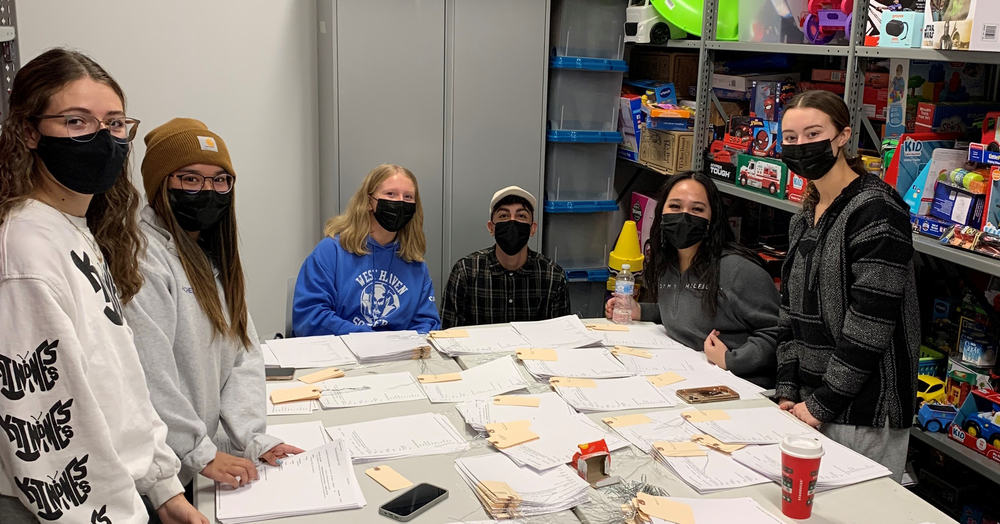 WEST HAVEN, Conn. – Peer Advocates at West Haven High School have been running a toy drive for the past 20-plus years. The drive, which has taken on the name “Toys for Joy” within the last decade, provides toys for West Haven Public School students as well as younger siblings who are not yet enrolled.

The drive works by parents signing up for toys using their PowerSchool account. Once they sign up, they are given an appointment time on December 22nd to come to pick up the toys. This year, West Haven Public Schools had 370 families sign up.

The Peer Advocates group works with the West Haven Fire Department (WHFD), the West Haven Police Department (WHPD), Westies Win, and Dubel’s Café to collect toys and money for the drive. The main fundraiser is a calendar raffle for December. The Peer Advocates went to over 30 West Haven businesses and purchased gift cards which they donated towards their raffle. Additionally, the WHFD hosted a ‘Fill A Boot’ event on December 16th in front of the Savin Rock Conference Center from morning until dusk, while the WHPD collected toys on December 15th and December 16th in front of Walmart.

The Peer Advocates have been working on the toy drive for the past three months raising money, collecting toys, organizing toys, bagging toys, and transporting toys to their storage location.