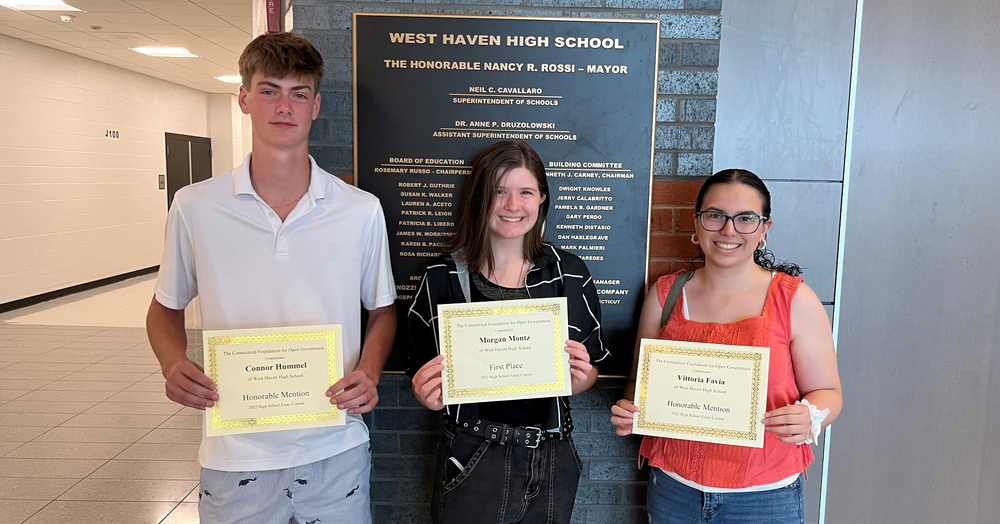 Montz’s essay addressed the use of “predictive policing” technology by some police departments and school boards to identify hotspots and individuals who could pose problems, even monitoring student social media and maintaining data on individuals.

“Gathering information without regard to people’s privacy on the internet and using it to police predictively violates people's Fourth Amendment rights,” she wrote, “therefore proving the practice of predictive policing to be unconstitutional.”

There were awards for second and third place as well, followed by six Honorable Mention recipients, including Favia and Hummel. Of the nine honorees, only West Haven High School had multiple winners.

The essay contest is named in honor of the late Forrest Palmer, who began the contest in 2000 when he was President of CFOG’s Board of Directors. CFOG is a nonprofit educational organization founded on the principle that open, transparent government is in the public interest. CFOG sponsors the essay contest to encourage thought and debate among students on public and freedom of information issues.

Students were asked to write essays on one of three topics: